Boxing For Christ
​Come Change Your Life With us 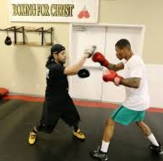 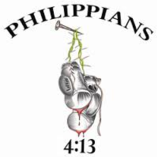 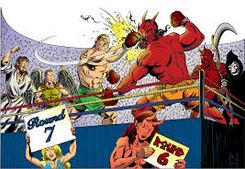 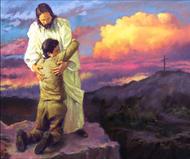 ​
David Flores born on March 20th 1990, in beautiful San Diego California.  His mother, Sonia Ramos, was so grateful & excited about her first born son!
Sonia knew David was special and just like any other caring mother she wanted to give her baby the best of everything...
So when David was an infant Sonia decided to enter him in his first pageant - The Gold Coast Pageant!
David would compete with many other beautiful babies that day & would get to experience his first taste of what "competing" was all about.
His grandfather, Hector Ramos aka Coach Hector, escorted the infant and his mother to the event which was held in Los Angeles California.
It was said that when Coach Hector saw the trophies he pointed to the biggest one and stated, “How are we going to fit that trophy in the Volkswagen?”
Although the competition had not even started his proud grandfather so confident in his grandson already knew that David would win.
David competed with many other babies that day and would be crowned the Winner of “The Gold Coast Pageant, Tiny Tot Division".
The trophy did somehow fit in the car, though the windows had to be rolled down all the way home.
This was the first trophy David would win... It wouldn’t be his last.

As David got older he enjoyed all the fun activities kids his age enjoy.
He participated in Karate when he was 4, and baseball when he was 5.
David would play for Chollas Lake Little League for a number of year during his early childhood, Sonia coached his team many seasons.
In elementary school all of David’s teachers loved him.  He was a bright and charming student they would say.
When he was promoted from Elementary School he was awarded with one of the highest honors awarded in Elementary Schools, the Presidential High Achievement Award!
By the time he was in Junior High, David through his families love for boxing discovered a new sport that he was eager to learn about.
David developed a new passion & love for the newly discovered sport of Boxing.
Back then, one of his favorite boxers & role models was Olympic Gold Medalist Oscar "The Golden Boy" De La Hoya.
His mother noticed his new excitement towards boxing and decided that she would do everything she could to feed into her son's new passion!
She knew he was looking for and needed a distraction to keep him from the street life - gangs, drugs and trouble.
David would be enrolled with his first boxing gym, ABC Youth Boxing (Any Body Can), under the instruction of Billy Moore in San Diego.
David would compete for a number of years under the name “Pretty Boy” Flores winning the coveted Silver Gloves Tournament for the State in San Diego, advancing to the Regional’s in Los Angeles & eventually going all the way to the Golden Glove finals in Kansas City, Missouri in 2002.
Sonia would eventually move her young family to Fontana, California where David joined “Fights Boxing Gym” in San Bernardino and would be there for the next 2 years.
Over the course of these years David turned into a fine boxer, developing his rope-a-dope style and was ready to continue his boxing career even after High School.

At age 17 David and his family would relocate to San Jacinto, California, where David would eventually finish High School.
Unfortunately, upon moving David found that he was unable to find a boxing gym that would accept him due to his age within the city or county.
Aside from being turned away because of his age, almost eighteen, he found that there was a shortage of places where young adults could go to for further development or even resources to help them succeed in life after high school.
Like so many other teens and young adults David slipped through the cracks of society.
With no guidance, direction or future around the sport he loved David would find normal young adult life distractions and eventually become a teen father.
With a whole now spectrum on life David was now determined to make a future for his young family and daughter Layla.
David took on many and any job he could find, working as a bus boy, waiter and doing odd jobs to support his young family.

His mother, as always was there to support her son through these difficult and trying times.
She would always remind him and encourage him to go out and compete again, in an attempt to help him rediscover his passion!
David had a younger sister Sonia who also competed in the beauty pageants.
One day while going to see his his little sister compete in a pageant, David passion was re-ignited and on the spot he decided to become a participant at the last minute in the competition.
To his surprise, and his only, David recaptured his title, and was crowned as Mr. California and Mr. National in the Gold Coast Pageant.
His mother, knowing her son could do so much more, had his portfolio submitted to agents in Los Angeles.

Unfortunately David had taken on one job he wished he hadn’t.
He ended up like so many young kids these days, doing time in a Correctional Facility State Prison.
Calls for jobs began pouring in to his cell phone but it  was  too  late.
David took this as a life learning experience and in the hopes of helping other kids who are in his situation, David asked the Lord for guidance.
He recalled how it felt to have a purpose, remembering when he was boxing in the gym.
David, being the fighter that he is, talked to his family and along with the support of his loving and devoted mother Sonia, he was able to get this boxing gym up and running.

It was a challenge opening the gym while David was away, but his mom did all she could to bring forth a gym dedicated to her oldest son David.
A place where kids like David and so many others- (who after high school can’t go to college or don’t have a support group to encourage and lead them forward) -can go to and work hard to achieve their goals.
​Whether it be for the love of boxing, weight loss for better health or a Safe Haven from the streets, Boxing for Christ will be there for them.
David’s story is far from over, but for now, we end it with the opening of... Boxing For Christ​.